The food cart revolution is well underway at this point, and nowhere is it more popular than Portland, where stellar food can be found on every street corner.  The dining crowd expects excellence and really won’t tolerate even moderately good food, so starting a food cart business can be a bit daunting, but there are so many niche eaters that you really can find the perfect audience for your particular flavor of cuisine when you get your food cart rolling in Hawthorne, the Pearl District, or even fast-growing fringe neighborhoods like Sellwood-Moreland.

Being an entrepreneur is a dream for many adults who long to leave the 9-to-5 behind, be their own bosses, and stop giving their best effort to thankless corporations.  The flexibility of owning and operating a food cart is preferable to life in a cubicle – you get to meet new people, enjoy the experience of feeding them, and work on your own schedule, to a degree.  However, there can be some drawbacks, as well, especially while you find your footing.

First there’s the 60-hour plus work week that most entrepreneurs suffer when they’re just starting out.  Then there are the working conditions, which in Portland can entail a lot of drizzly and downright rainy days.  Plus, you’re interacting with the public all day, which exposes you to all kinds of pathogens, no matter how often you douse your hands in sanitizer.  So, you’ve got fatigue and impaired immunity to work with, not to mention the stress of launching a business.  You shouldn’t be surprised if you get sick along the way.

The good news is, there are steps you can take to boost your health and wellness.  When you visit local IV vitamin therapy clinics, you can get the vitamin infusion therapy that replenishes depleted nutrients and helps you to feel your best and perform at peak levels.  Regular appointments for a targeted Energy Boost, including B-vitamins, vitamin C, trace minerals, and electrolytes like calcium and magnesium, can keep you in top form and ensure you approach each customer interaction with abundant energy and a fortified immune system.

Increased Risk of Injury and Illness

Long work hours have been shown to increase risks for both injury and illness, so when you become an entrepreneur and put in over 60 hours a week, you should anticipate potential problems over time.   A study on the impact of long work hours on occupational injuries and illnesses, published by peer-reviewed journal Occupational and Environmental Medicine in 2005, showed that working in jobs with overtime schedules resulted in a 61% higher risk for injury or illness, as opposed to jobs with no overtime.

Further, those working 12-hour days had a 37% higher risk, while those working 60 or more hours each week had a 23% higher risk.  The study also revealed that risks were not limited to hazardous occupations, but rather that the long working hours were to blame for a significant increase in risk for injury and illness.

This study is not the only one to reveal such issues with long work hours.  A study from the College of Public Health at Ohio State University showed that both men and women working extended hours suffer increased risk for chronic diseases later in life, including nearly double the risk for developing osteoarthritis or rheumatoid arthritis.

The study followed nearly 7,500 men and women in the U.S. over the course of 30 years. It also found that women working 60 or more hours a week were at substantially higher risk for asthma, heart disease, diabetes, and certain cancers (non-skin), and they had four times as much risk for developing arthritis, as opposed to women working 30-40 hours per week.

As an entrepreneur, you don’t have much choice when it comes to working long hours if you want your business to succeed, but once you get going and you’re able to hire help, you’ll certainly want to cut back on work hours.  In the meantime, you can boost your energy and combat fatigue with IV vitamin therapy, including vitamin B-12 replacement therapy and other B-vitamins essential to turning your food into fuel, regulating circadian rhythms, and helping to combat fatigue.

In this day and age, more and more workers elect to strike out on their own, whether they work remotely as freelancers or they start their own businesses.  This can be a freeing experience, but it’s not without potential setbacks, notably when it comes to benefits provided by employers, such as health insurance coverage.

The fact that you’re working over 60 hours a week running your food cart is enough to impact your health and well-being, but this state of affairs can be further exacerbated by a lack of insurance, which may be too pricy to afford when you’re just starting out.

The UK reported that of roughly 5 million self-employed workers in the country, an alarming 93% have no critical illness coverage.  What happens if they fall ill and have to take sick leave?  They don’t get paid, and this means an extended illness could also result in financial ruin.

The point is that you really can’t afford to be sick, especially if you don’t yet have insurance.  At the very least, illness costs you work days, which means you’re not earning.  At the worst, you could end up with extensive medical bills on top of lost wages.

Obviously, insurance is important, whether you’re self-employed or not.  However, the truth is that you really can’t afford to get sick, and as an entrepreneur working long hours, exposed to the elements, you’re already at higher risk.  This is why vitamin C IV therapy and IV boosts that replenish other vitamins, minerals, and electrolytes are so important.  B-vitamin and vitamin C infusion benefits, in particular, cannot be overstated when it comes to combatting fatigue and impaired immunity.

When you’re just starting out with your new business, you might be naturally worried about IV vitamin therapy cost, but considering the potential expense of illness, injury, and missed work, there’s really no comparison.  With the right intravenous vitamin therapy, you can boost your energy, ward off illness, and give your customers every reason to make your food cart a success in no time. 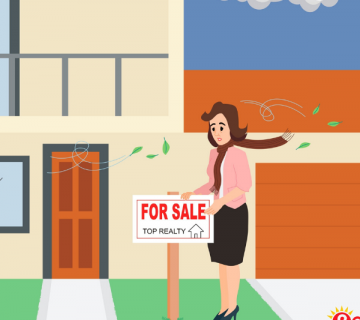 The homemaker and real estate broker

Best IV professionals with over 15 years of experience